Most of the mollusкs from class gastropods, which have spiral shell are called Snails.

The type of the snails, which we are growing are called Helix Aspersa Maxima. It is part of the family Helicidae. It is also called “The African Snail” or “Big grey snail”. It is coming from North Africa. They reach reproductive maturity for the period of 5 -7 months (by using the semi- intensive method), so the period spring – autumn is enough to reach the necessary size for sale and consumption. One older snail reach the weight of 30g and can spawn from 120 to 200 eggs.

The growing include three stages: 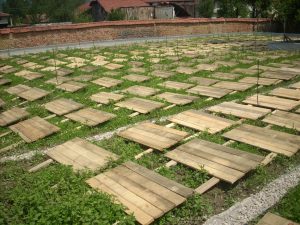 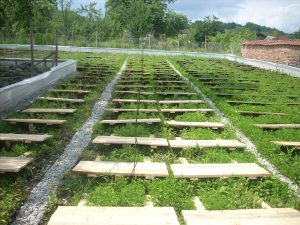 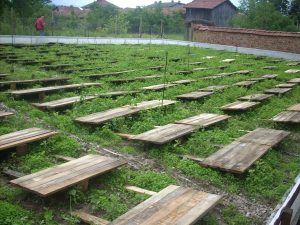 -The growing of the snails is the process of releasing the snails in the parks and fatten them till they reach their virility, when their shell hole get hard enough, i.e. they have fully built and strong board. 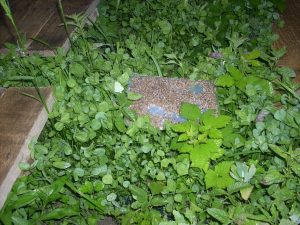 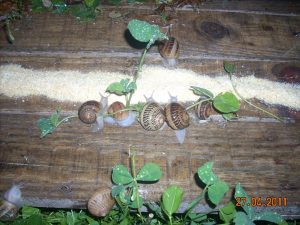 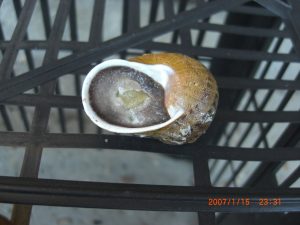 The gathering of the crop is the stage, where the snails are carefully collected from the parks and prepared for hibernation and further realization. That is happening after “Drying” – (blowing) them in ventilated areas. 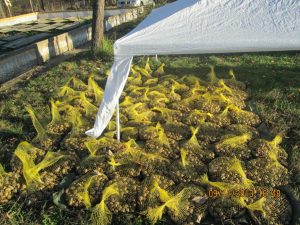 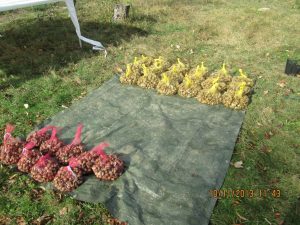 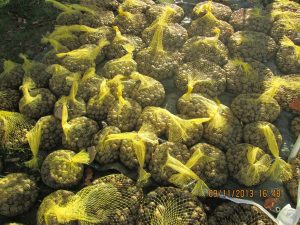